Vegetable Oils, Fertility, and Pregnancy: Are They Safe?

Many women know the basics of pre-pregnancy and pregnancy nutrition — you take your prenatal vitamins, your fish oil, and avoid ultra processed foods, caffeine and alcohol. But, with infertility on the rise, it might be time to take a deeper look into the foods that may be impacting your ability to conceive.

In the United States alone, about 1 in 5 women are unable to get pregnant after one year of trying. And about 1 in 4 of those women experience difficulties carrying a pregnancy to term [*,*].

With infertility in both men and women higher than ever, it’s time to explore every possible reason, which could lead to nutrition-based solutions. While there are many contributors to infertility, not many people have looked at the impact of increased vegetable oil consumption — and the resulting inflammatory cascade — on conceiving. In this article, we’ll dive into everything we know about how vegetable oils may affect fertility.

Are Vegetable Oils Safe During Pregnancy?

During pregnancy, a fetus relies on its mother’s diet to receive the necessary macro and micronutrients needed for proper development. Filtering through the placenta along with oxygen and fluids, nutrients are passed from mother to baby through the umbilical cord. While blood must filter through a protective barrier designed to keep harmful substances like bacteria out of the womb, the placental barrier is fairly thin and does not protect against everything that could harm a developing fetus [*,*].

Pregnant women need to consume more protein, iron, calcium, and folate throughout their pregnancy in order to support proper development of fetal body systems, on top of their own individual needs [*]. While women do not necessarily need to increase the amount of fat they consume during pregnancy, there are certain types of fats that seem to be much more important for optimal health of the baby — and others that could potentially be more harmful.

For instance, omega-3 intake, particularly in its active form of DHA, is essential for fetal brain and neurological development, and has been shown to improve markers of mothers’ health as well — reducing the risk of premature birth and postpartum depression [*,*,*].

Unfortunately, omega-3 intake in the modern diet is overshadowed by the overconsumption of omega-6, with intakes up to 20 times greater than evolutionarily appropriate levels. The unprecedented level of omega-6 intake is a result of the rising prevalence of vegetable oils (aka, seed oils), which are high in a type of inflammatory omega-6 fat called linoleic acid[*].

Linoleic acid is a precursor to arachidonic acid, which itself is metabolized into prostaglandins — signaling molecules involved in the inflammatory response and the induction of labor. While it is important to note that some involvement of arachidonic acid is present in a normal and uneventful pregnancy, another animal study revealed that increased linoleic acid intake late in pregnancy was associated with increased risk of preterm labor [*,*].

The time from conception to about 2 years old is thought to be instrumental in preventing future disease [*]. What mom eats during her pregnancy may have implications for her child’s future health, and some new research looks specifically at the effects of linoleic acid: One 2022 experimental study of pregnant rats found that high doses of linoleic in the diet led to increases in depressive symptoms in male offspring later in life [*].

While not necessarily conclusive, one 2013 study found an association between maternal linoleic acid intake and increased fat mass in children later in life [*]. Long term human studies are still underway and experts suggest that more research is needed to fully understand how dietary linoleic — and by extension, vegetable oil intake — affects pregnancy outcomes [*].

Infertility is defined as the inability to get pregnant after one year of actively trying to conceive [*]. Women struggling with infertility are more likely to experience recurrent miscarriages and fail to successfully carry a pregnancy to term [*]. The World Health Organization estimates that 15% of couples globally experience some form of infertility, with rates increasing over the 20th century and plateauing over the last two decades [*,*].

A 2022 study on infertility in married women in the U.S. found that significant socioeconomic disparities in fertility rates exist between racial groups and across levels of education [*]. It is well-documented that people of lower socioeconomic status are more likely to struggle with lifestyle factors known to harm fertility rates, including limited food access, alcohol abuse, smoking, stress, and exposure to environmental toxins — all things that lead to increased bodywide inflammation [*,*,*].

Direct evidence of specific foods that increase rates of infertility in women is lacking. However, evidence suggests that high linoleic acid diets contribute to the onset of diabetes, obesity and PCOS — all of which are underlying infertility risk factors [*,*,*,*].

While it did not investigate linoleic acid intake specifically, a large cohort study that followed over 17,000 women for 8 years found women who consumed more monounsaturated fat than trans fat, more plant-based protein than animal protein, and more full-fat dairy had lower rates of infertility [*].

One recent cross-sectional study identified that dietary linoleic acid intake was slightly associated with infertility, and was particularly harmful for women with primary infertility (women who have never been able to conceive) [*]. However, another smaller study that looked at blood concentration of omega-3 to omega-6 fatty acids did not find any significant differences between fertility groups [*].

People with infertility in this study were no more likely to have increased omega-6 concentration in their blood than individuals who had no difficulty conceiving. This highlights the complexity of female fertility and the difficulty of isolating single factors that can worsen or improve fertility outcomes for women specifically.

Excess oxidative stress impacts the health of sperm by increasing the formation of reactive oxygen species (ROS) within the cell membrane. Damage to sperm cells includes disruption of the maturation process, injury to the sperm’s “turbine” which allows it to swim into an egg, and scrambling of gene regulation patterns [*].

A recent 2022 review suggested that excessive dietary intake of polyunsaturated fats, as is common in the modern Western diet, may be related to the formation of ROS in sperm cells, thereby affecting male fertility [*].

While omega-3 fatty acids are also polyunsaturated fats, their effects on sperm quality seem to be protective — reinforcing the importance of maintaining a low omega-6 to omega-3 ratio in the diet [*,*]. Diets with added omega-3 fats (rich in DHA) have been shown to increase testicular and sperm membrane DHA concentration in humans, which is itself associated with improved sperm motility [*,*].

Interestingly, excessive omega-6 linoleic acid intake appears to deplete tissue levels of omega-3 fats in both humans and animals [*,*,*,*]. So, it’s even more important to prioritize cutting down on dietary linoleic acid intake, instead of only increasing omega-3 intake [*].

Research also shows that energy balance and body weight are associated with fertility outcomes for both men and women. On one hand, men who are underweight tend to have lower sperm concentrations than those who are considered to have a normal BMI [*,*] On the other hand, higher BMI has been associated with a decrease in sperm concentration and motility, as well as increased DNA damage in sperm [*,*.*].

Knowing this, the link between linoleic acid and weight gain should not be ignored. Studies have shown that a diet high in linoleic acid can contribute to obesity and the development of chronic health issues like heart disease and diabetes [*,*,*]. Thus, reducing linoleic acid intake and maintaining a healthy weight may have a positive impact on fertility outcomes for both men and women.

Existing evidence reveals the importance of maintaining low levels of inflammation for supporting fertility and pregnancy outcomes. Vegetable oils, which are often high in pro-inflammatory linoleic acid, could lead to higher omega-6 concentrations in sperm cells and placental cells. During pregnancy and beyond, experts recommend maintaining a ratio of omega-3 to omega-6 between 1:1 and 1:4 [*].

Pregnant women are encouraged to increase their intake of omega-3 fatty acids during pregnancy, particularly the active form — DHA [*]. DHA is abundant in marine food sources like salmon and trout, and is also commonly consumed as a supplement. While the body can convert some of the inactive form of omega-3, ALA (often found in plant food sources like flax seeds) to its active form, it does this at an extremely low rate [*].

Diet patterns most consistently associated with positive fertility outcomes are high in unprocessed, whole foods including plentiful fruits and vegetables, whole grains, legumes and seafood. On the other hand, diets high in ultra-processed foods and fried foods, which typically contain seed oils, are associated with worse fertility outcomes [*,*].

Fatty acids to emphasize during pregnancy include omega-3 DHA and stable monounsaturated fats, which resist oxidation.

To avoid excessive intake of linoleic acid for increased fertility and during pregnancy, you’ll want to replace your cooking oil with a low-linoleic acid option like Cultured Oil and look out for foods that contain hidden seed oils.

Which Cooking Oils are Best During Pregnancy?

Supporting your fertility and pregnancy journey starts in the kitchen. Among other healthy lifestyle behaviors (not smoking, exercising regularly, avoiding exposure to environmental toxins, etc.), cooking with an oil that resists oxidation is a great way to ensure your diet is not contributing to excess inflammation and undermining your fertility.

Cooking with a low-linoleic acid oil increases the chances that other sources of omega-3 DHA in your diet will contribute beneficial effects and is likely to lead to improved health outcomes overall.

It’s difficult to get high-quality scientific data on pregnant women, period. However, we do know that chronic inflammation can have detrimental effects on fertility, pregnancy, and even early childhood development.

Increasing your omega-3 intake during pregnancy is widely recommended, but avoiding excess linoleic acid intake is crucial as well. Since high-linoleic acid seed oils can hide in foods from french fries and chips to protein bars and meal replacement shakes, it’s important to read food labels and do the best you can to avoid restaurants that use seed oils. 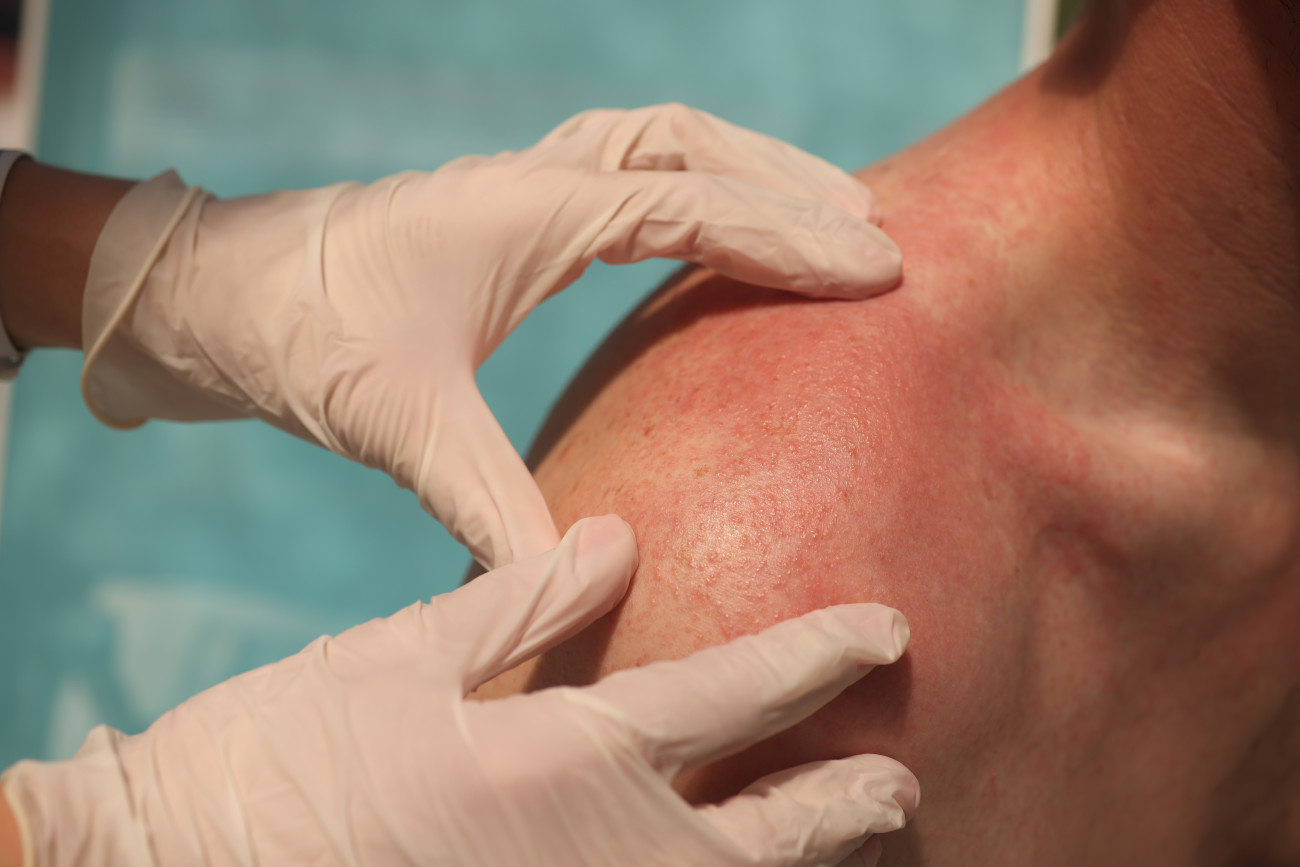 Are Seed Oils Bad For Your Skin? What to Eat and What to Avoid 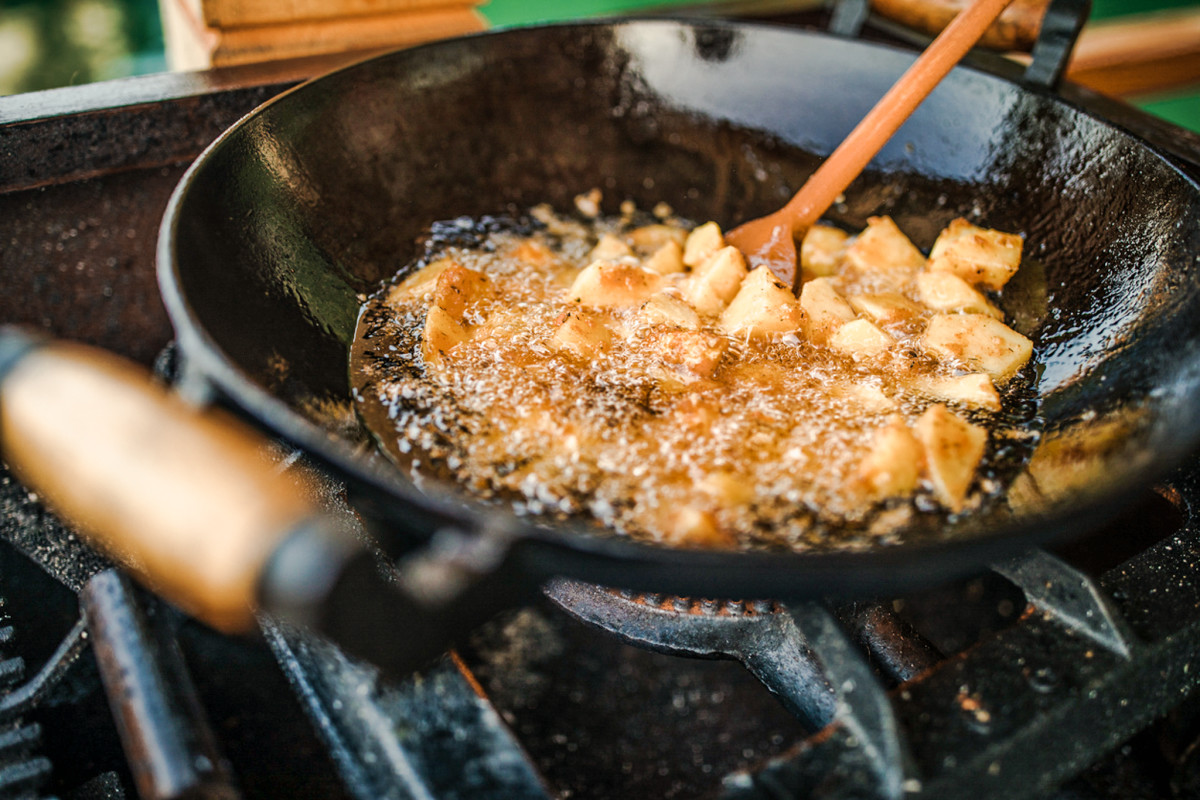